YA Cover Reveal and Sneak Peek: The Keeper 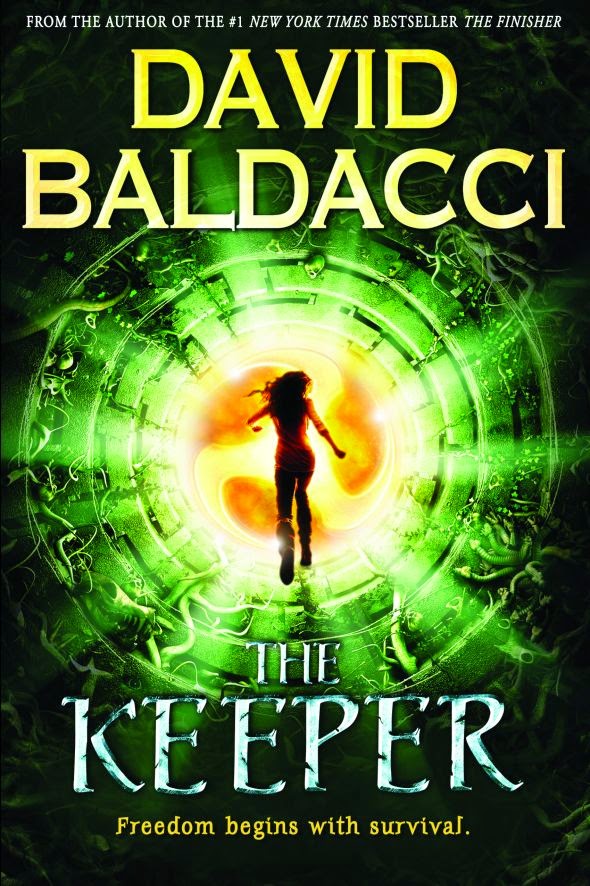 About The Keeper:
Vega Jane was always told no one could leave the town of Wormwood. She was told there was nothing outside but the Quag, a wilderness filled with danger and death. And she believed it - until the night she stumbled across a secret that proved that everything she knew was a lie.
Now just one thing stands between Vega Jane and freedom - the Quag. In order to leave Wormwood and discover the truth about her world, Vega and her best friend Delph must find a way to make it across a terrifying land of bloodthirsty creatures and sinister magic. But the Quag is worse than Vega Jane's darkest imagining. It's a living, breathing prison designed to keep enemies out and the villagers of Wormwood in.
The Quag will throw everything at Vega Jane. It will try to break her. It will try to kill her. And survival might come at a price not even Vega Jane is willing to pay.
Master storyteller David Baldacci unleashes a hurricane of action and adrenaline that takes readers to the breaking point.
Happy reading!
Posted by Pamela Thompson at 12:20 PM