Beware the Sheep
by M. Lewis-Lerman


Enter the world of Eaux: it's a land of flying Arks and Jarred Flummox, of underground societies and evil underlings. Individuality wins over conformity here, originality over sameness.

But when illness strikes and a maniacal underground ruler threatens to destroy all that is ‘different,’ 16 year old Livi Dixon must lead a group of unlikely allies -- not because of her bravery or abilities -- but out of necessity and fear.

With the hope of a cure, Livi makes a reckless gamble that just may save her best friend's life -- but at what cost?

With her new friends (a strange and sundry group of outsiders including a handsome escaped prisoner and a kind but secretive old man), Livi sets off on a race against time, looking deep within herself in order to defeat a faceless enemy and (just maybe) manage to save her best friend in the process.

Livi's strength is tested, her character revealed, as an attempt to save one life turns into a quest to protect thousands. But is she enough to stop the shapeless evil sinking its teeth into the ones she loves? And in the end, will it even matter?
Guest post: For Young Adult Books-What We're Reading Now by M. Lewis Lerman
Why a female protagonist?
As a woman, writing from the female perspective comes very naturally for me.  While I’m intrigued by the prospect of taking on the male voice in future projects,
I used Livi Dixon and Beware the Sheep as a platform to highlight the many elements that make up strong girls and women.
How did you come up with the idea of the world Livi lives in?
My ideas come from absolutely everywhere, but in world-building especially, it was critical to use the world around me for inspiration.  There are endless things that go into a culture – just look at our own.  And that’s exactly how I started:
Art, religion, education, government – how does it function here in America?  What is most important – what stands out?  When I was able to answer these and other questions about my own world, it became a lot easier to craft another world.
The best way for me to see how things in a story fit together is to draw it all out, like a web.  This is especially true during world-building.  As I built up Livi’s world, every time I added a new element I had to stop and think about how that fit into the world-at-large:
What is the culture like in Eaux like?  What about the politics?  What is the geography like in Eaux? And what natural resources are available?
I have notebook after notebook filled with seemingly nonsensical doodles, arrows, and line drawings – all of which allowed me to take my smaller ideas about the way Livi’s world functioned, and map them out, creating something bigger.  Eventually, I was left with the world of Eaux, all mapped out and ready for my characters to inhabit and explore!
M. Lewis Lerman is the author of the new YA book “Beware the Sheep,” making its debut on March 11, 2015. 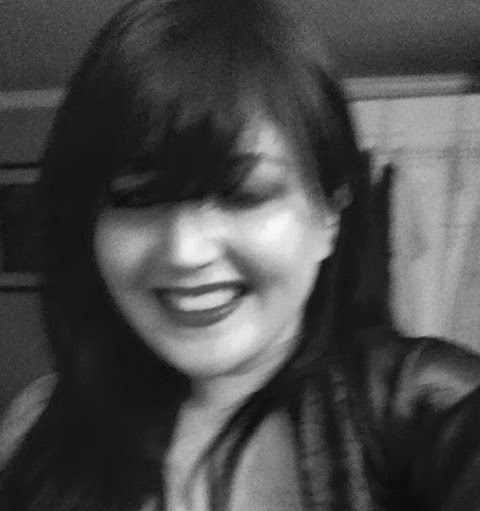 Before she wrote, she read, learning on Dick and Jane, going over the Big Hill with Betsy and Tacy, and growing up alongside Scarlet O'hara & the March sisters.

M. Lewis-Lerman attended Fordham University where she studied psychology.  She lives in Upstate New York with her three dogs and her many teetering bookshelves.

Posted by Pamela Thompson at 1:02 PM

Email ThisBlogThis!Share to TwitterShare to FacebookShare to Pinterest
Labels: debut, fantasy, YA