New games, new codes and new apps! December 5-11  is fast approaching. Take a look here for all that is NEW! Teachers, sign up your students for an EVENT!
Join millions of students worldwide in learning code.
Go beyond the event and teach all year. The site is full of content for coding.
Posted by Pamela Thompson at 10:02 AM No comments: 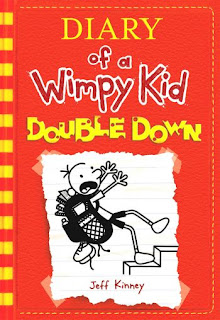 Readers young and old  know what makes Greg Heffley endearing and likable, but how do they convey their feelings  to adults who may have never heard of Wimpy Kid books? (Okay, I cannot imagine anyone who has not heard of  Wimpy Kid, but I guess some exist)  They may tell you that he is like every kid who ever came before him. He is funny, sarcastic, sloppy, lazy, intelligent but unchallenged, misunderstood and adorable. In a word, he is like them, the every child, and that is what makes Wimpy Kids books worldwide bestsellers and Jeff Kinney one of the most influential people on the planet!

Book 11 does not disappoint. It is a glimpse into the mind of Greg Heffley, and it is hilarious.  Greg swears he is on some secret reality show where he is the star of the show. In order to keep his audience entertained, he whispers funny asides to the hidden cameras. Later, thinking that aliens from space are so advanced they send houseflies in  as their drones to gather information on human life before deciding to invade. Why they seem to be attracted to dog poop, Greg cannot answer.

Greg continues to entertain with stories about school and Rowley, his best friend. Greg goes so far as to join the school band, not that he wants to play an instrument or for the pleasure, but just so he can get invited to the hottest middle school party of the year. Talk about over achievement!  Of course on the night of the band recital, Greg somehow manages to get himself locked up in the band room with no way out. Not only that, he splits his pants so that even if he is rescued, there is no way he can appear on stage.

Jeff Kenney's sense of humor comes through in copy and in hilarious illustrations. There is no stopping Wimpy Kid. Kenney is now on his second world tour visiting all the countries where kids love Greg Heffley. Double Down is currently #1 on the New York Times bestseller list.

Highly, highly recommended for all ages!

FTC Required Disclaimer: I received this book from the publisher. I did not not receive monetary compensation for this review.

Posted by Pamela Thompson at 1:00 PM No comments:

“Why I Code” –watch inspirational video

Learn How To Code for Hour of Code. Play the games and learn. Play Minecraft, Star Wars, and help Anna and Elsa on ice! Play all three code games. All ages

Go to Code.org
Create an account and REMEMBER your login and password information !
You will need to sign in each time if you want to print certificates.

Click on Try Hour of Code
Type in https://hourofcode.com/inf

WATCH ALL VIDEOS and play the games all the way through.

You will learn about EVENTS; PRINT your certificate when you finish the game.

Build your own game with Tynkor Use Code Monster, K-3, Dragon Dash, grade 3+, Tynker + Minecraft, grade 6+
The Easiest Way To Mod Minecraft—sign up and learn new skills. How to modify Minecraft


Get tips and watch videos; sign up for FREE and help your students learn code!

Compiled by Pamela Thompson http://booksbypamelathompson.blogspot.com/
feel free to use any information and links as long as you credit the site and link. If you are using my entire blogpost, please link back to this blog. Thank you! Pamela

Posted by Pamela Thompson at 9:08 AM 2 comments:

Hot Tech Tools for the Classroom and Beyond

Hot Tech Tools for Classroom and Beyond
Some for testing, some for studying, some just for fun!
List by Pamela Thompson, LMS
http://booksbypamelathompson.blogspot.com/ 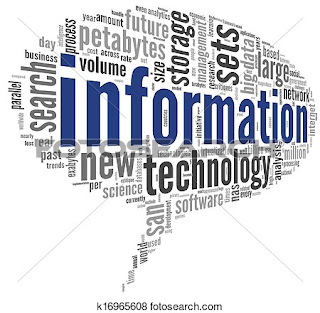 http://www.flubaroo.com/    Use with Google docs; self-grading tests, send reports, and best of all, email students their grades. Save time grading. Flubaroo does it for you!

https://edshelf.com/  Get a free account; extensive collection of apps, web links, lessons that teachers can use and add content of their own. A great place for ideas!

http://www.cdc.gov/bam/gameroom.html   games for kids from the CDC; interactive learning

http://www.flashcardmachine.com/  create flashcards to study for your next exam; share them with students, friends or study groups.

Posted by Pamela Thompson at 8:57 AM No comments: 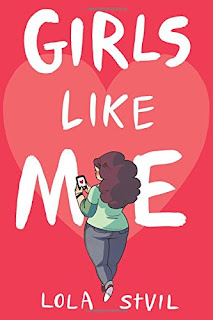 
Girls Like Me is a novel written  in verse and a series of chat room posts. Shay Summers is a high school teen who has lost both her parents--her mother abandoned the family and her father died in a car accident-- and now Shay is living with her stepmother. Shay uses food as a crutch to help her deal with her pain and loneliness. Even though Shay has two good friends, she feels alone in the world. On a whim, full of teen angst, and  bored, she answers an interesting post in a chat room.

Shay is surprised and delighted when the guy (?)  responds and their  posts to each other are fun and clever. The boy keeps pushing for a photo of her, but  Shay is terrified to send him one. Then he will know she's not the beautiful, skinny girl she knows that he imagines her to be.  Shay's self-doubt, body image and boredom make her a believable and loveable character that readers will empathize with. All teen girls struggle with doubt and  questions like: Am I good enough? Am I pretty enough? Do people like me?

The social media aspect of the book drives the interchange between Shay and a mysterious boy she becomes enamored with. Readers are drawn into Shay's world and they see how funny and how beautiful she truly is. Godot (the boy) is clever and snarky. Together they are playful magic.

BFFs Boots and Dash are the type of friends every teen would want to have, but each has a huge problem/concern of his/her own. Boots is dying; she is handling it the best she can, but really, how can a teenager even think about not living to see 20 years? Dash is afraid to come out to his family; he knows that his father will not only be disappointed but he thinks his dad will never accept of forgive him.

The only drawback to this books is the cover! While it is true that readers  like to read books with characters like them; that being said, girl or boy readers with weight/body issues are  not likely to be excited about carrying around a book with a "curvy girl" on the cover and with the title Girls Like Me. One can only imagine the comments and bullying asides that would ensue.

Highly recommended for  high school readers and collections. A fun read that touches on important issues.

Not recommended for middle school: talking about sex in the chats. Sexual and mature content.

Posted by Pamela Thompson at 10:14 AM No comments: