My review of Chemistry appears  here on the School Library Journal YA Xpress reviews.
Chemistry is the 8th review from the top.

I enjoyed this lighthearted romp which is comic clever, romantic  and a satire of zombie and vampire books that have come before. 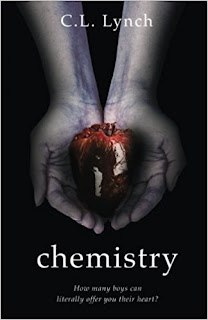 Posted by Pamela Thompson at 8:15 AM No comments: 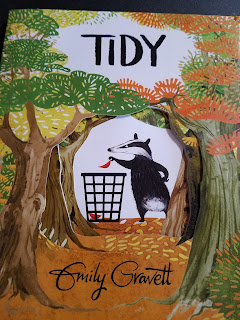 Charming and intelligent, Tidy is a keeper. Pete the badger likes everything tidy. He is the Felix Unger of the forrest. He does not like dust, leaves, twigs, detritus.  He goes on a cleaning frenzy tidying his ecosystem. Illustrations of Pete's concrete jungle show readers how a forrest can be killed. What Pete  discovers is that messy in a forrest is a beneficial thing. Nature needs "messes" to keep the balance of the system. Pete learns a valuable lesson and makes friends with his forrest neighbors.

Winsome animal illustrations capture each animal's  personality. Pete himself is precious, even when he wields a vacuum cleaner on the folio page. The strong message of keeping wild spaces wild will capture a new audience inspired to save nature. 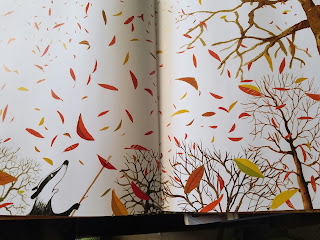 Posted by Pamela Thompson at 12:21 PM No comments: 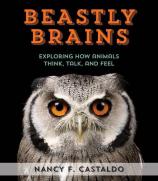 Beastly Brains  is a must-have for young scientists, animal behaviorists, and animal lovers. Scientists have  hought crows were smart for a long time, but this book proves other species can think, learn and remember. Dolphins have a language of their own and use "signature whistles" their entire lives. They recognize each other by the whistle even if it's been years since they have seen one another.

Did you know that your dog can feel jealousy? Of course you did! Well, science is now backing you up. Apes and monkeys are studied often. Scientists have learned that apes like to gamble and they show emotion if they lose. many animals use tools including monkeys, dolphins and crows.

Beastly Brains is a must buy for animal behavior sections.


Posted by Pamela Thompson at 2:36 PM No comments: 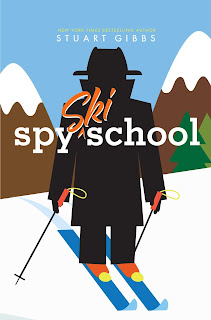 Spy Ski School is the fourth in this fun series and it's the BEST! Ben Ripley is up to it again. More fun, more gadzooks, more catching evil criminals, more silliness, more hijinks, more tomfoolery,  and more shenanigans within the CIA. Ben, Erica, Zoe  and other spy students from the academy are sent to a ski resort in Colorado to "blend in" and make friends with their target's daughter, Jessica Shang.  The CIA needs to know what the fabled  Chinese gangster is up to and stop him before his evil doings. Jessica and father Leo arrive in a parade of expensive SUVs surrounded by huge bodyguards. Ben is worried how he will ever make contact with all the goons around, but team member and BFF Erica always has a plan.

It wasn't Ben's fault that once he caught sight of Jessica, it colored his perspective. Erica's reaction to Ben's crush is a cross between angry girlfriend and pouting little girl. The closer Ben gets to Jessica puts Erica on edge. Could it be because Leo Shang wants Ben dead or maybe because Erica truly likes Ben herself?

Spy Ski School is a laugh out loud novel for middle grades and up. Some scenes are sheer slapstick-- reminiscent of early television's "The Three Stooges" or Charlie Chaplin's skits. Somehow falling down on ice skates and causing a people pile is really funny and trying to walk like a human while wearing ski boots is equally as charming. There really isn't any way to be "cool" on the ski slopes. Ben doesn't have to act like he's undercover; he is a natural, lovable oaf that any bad guy would never expect  he was really  a seasoned spy.

The electricity between Ben and Erica is heating up to a fever pitch, and working side by side risking their lives on a daily basis heightens their senses. The banter between the two teens is often hysterical and always entertaining. Stuart Gibbs is a master of story telling! Spy Ski School has it all! There is more action, more romance, more friendship, more planning, more plotting, more deception,  and more spying in this book. These bad guys are using real bullets and they are out for blood.

If you haven't read the Spy School series, you need to get with the program. These are some of my favorite books to recommend at my middle school.

Highly, highly recommended grade 5-up. Buy this series for every reluctant reader, boy or girl They will LOVE it!

Posted by Pamela Thompson at 11:00 AM No comments: 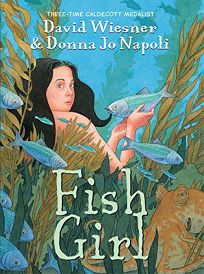 
Ethereal illustrations by David Wiesner capture the beauty of Fish Girl and her aquarium home. Colorful sea creatures are realistic and beautiful. A friendly orange octopus is the epitome of a true friend. Fish Girl is a captive in an aquarium. Caught as a baby "mer-son," Fish Girl owes her life and sustanence to Neptune, the sea god. Neptune is the only parent figure Fish Girl has ever known, and he claims he saved her from death, giving her a home at the aquarium. The only thing he asks is that she "perform"--allowing visitors to glimpse a sighting of her. She is not allowed to fully  appear to anyone and cannot interact with the human guests. Neptune warns her that if people really believe that she's a mermaid, someone will come and take her away to study and cut open. This is enough to frighten her into subservience.

One day, this all changes when a curious twelve year old named Livia bonds with her. Fish Girl cannot speak and has no legs to walk, but she dreams of being human. What would it be like to have legs and walk on dry land and wear real clothes and  attend a yoga class? Livia continues to sneak visits with Fish Girl whom she names Mira (short for Miracle) and wonders where Fish Girl came from and just who Neptune really is. After one of her visits, Mira questions her keeper's intentions as well. She searches Neptune's office and finds overdue bills and a photo of Neptune fishing on a boat.Mira realizes her "father" is not the god of the sea but a common fisherman and he's been lying to her about everything.

Mira  decides she wants out and enlists the help of Octopus in her foray. Her friend will do anything for her and does.

Fish Girl is the strange but wonderful story of a mermaid and a human who become friends and later sisters. It is full of friendship, hope, possibilities and love.

Magnificent art will win over even "boy" readers who thinks that Fish Girl is a "girl" story. One reviewer on Amazon reported that her son said, "while he said this was a "girl story" (a huge insult for a 4th grade boy), he eventually succumbed to mom's pleas and read it and called it, "pretty good, but still would have been better with boys" ... Which is basically a rave review for him..." That being said, if boys are led to this book, they will likely enjoy the story and the fantastic graphic content.

Posted by Pamela Thompson at 9:45 AM No comments: