YA Pick: Isle of Blood and Stone 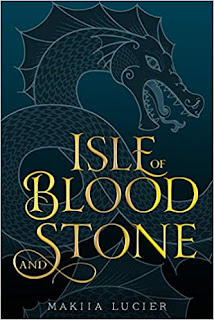 Beautifully imagined and entertaining, The Isle of Blood and Stone may become your favorite YA read of the year!

Two maps are discovered and the secrets they hold must be deciphered by Elias, a mapmaker himself. Two princes were murdered as boys eighteen years ago, and now their younger brother sits on he throne. Ulises and Elias, friends as boys, now their roles have changed to ruler and nobleman. King Ulises asks (orders) Elias to find the man behind the maps and uncover their secrets. Could it be that Elias's father, the original mapmaker, is still alive?


Elias goes on a journey (but remains close to home)  to find the truth but some enemies want the "bodies to remain buried." When two kingdoms are at war, secrets are buried deep and some friends are enemies and some enemies are friends.

Isle of Blood and Stone has everything that make speculative fiction fun! Epic world building, interesting, powerful characters that readers will empathize with, a hero's journey (close to home), long buried secrets, warring kingdoms and a struggles for power. The maps play an important part in the book and are integral to the story.

A real page turner, give this novel to fans of Tamora Pierce. The book is the first in a duology.

This book is on the consideration list for the Cybils Awards 2018.

FTC Required Disclaimer: I received this book from the publisher. I did not receive monetary compensation for my review.
Posted by Pamela Thompson at 1:06 PM No comments: 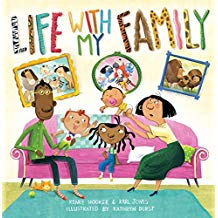 Funny and heartfelt art captures a chaotic family scene where the sister wonders what else could we be? She imagines her family as: a pod of pelicans, a swarm of bees, a school of fish, a herd of buffalo, a pride of lions, a pandemonium of parrots and lesser known animals like wombats and jelly fish. The girl realizes that even though her family is loud and messy, there is no place she'd rather be.

Each animal sports human accessories so that young readers can tell which member of the family is portrayed: Mama wears earrings, Papa wears glasses, the brother with red hair sports a tuft of red hair, and the baby has a pacifier, and this makes it fun for the youngest readers.

Highly recommended ages 1-up. Cute family interaction and fun artwork make this a keeper of a book! Included is a list of terms for collective nouns, or terms of venery, for each group of animals.

FTC Required Disclaimer: I received the book from the publisher. I did not receive monetary compensation for this review.
Posted by Pamela Thompson at 5:30 AM No comments: 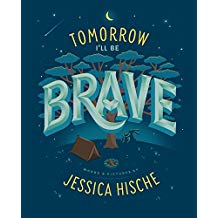 Insightful and positive, this quick read is a bedtime story sure to teach and instill qualities of confidence, having fun whether you win or not, learning new things, asking questions, creating things and being brave.

Colorful illustrations by the author are gender neural and sure to appeal to young readers. The words: adventurous, strong, brave, creative, smart, confident, and  curious  come alive in an illustration near the end, and readers learn that even if they didn't do all those things today, there is always tomorrow to try again.

Powerful and appealing, give this little beauty to every child in your life!

FTC Required Disclaimer: I received the book from the publisher. I did not receive monetary compensation for this review.
Posted by Pamela Thompson at 9:03 AM 1 comment: