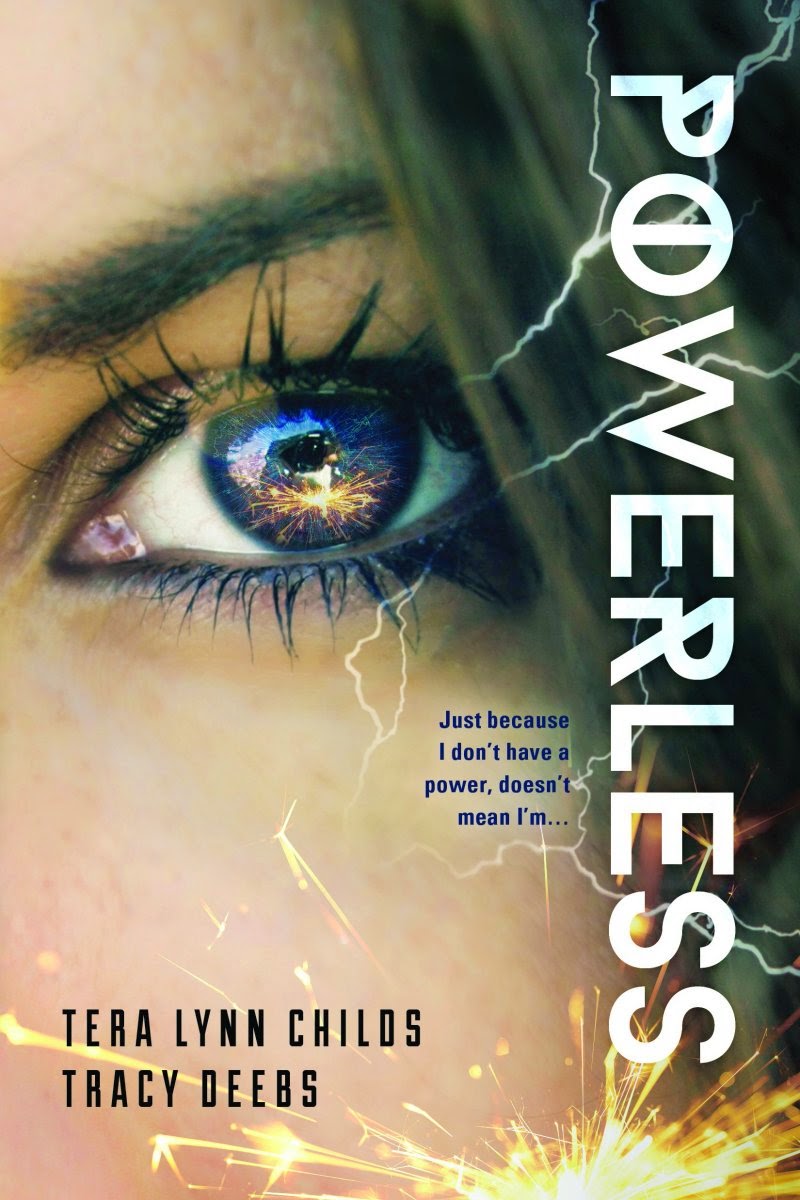 Edge of the seat thrilling, full of plot twists, conspiracy theories, good guys who are bad and bad guys who might turn out to be good, a tough as nails in-your-face-fierce, fearless and fantastic female protagonist, a darkly brooding male love interest, a tech nerd ex-boyfriend with an addiction to chocolate milk,  high stakes, live or die situations, a race against time, a few bombshells, and one MAJOR bombshell, what more could any reader want?

Powerless is that rare YA novel that stretches the boundaries of where YA fiction ends and comic book adventure begins. Reading like a Marvel comic book, Powerless has a fabulous femme fatale who is no shrinking violet. Move over Bella Swan and Katniss Everdeen. Kenna Swift is the next supergirl! Hollywood get ready to take notes; everyone will be looking for this movie next.

Kenna Swift is the daughter of two elite scientists working for the League's Elite Super Hero Lab. Kenna's father died when she was four. She remembers it...her dad obliterated by a  ball of flame thrown by a villain. Now her mother--THE world's top scientist, has developed the answer for fighting these baddies. Her heroes all have special powers, everyone except Kenna, that is. But Kenna is smart, not powerless. She has a brain and the ability to catch these super-villains off their game. She can still best them.

When Kenna happens upon a break-in at her mother's lab, she's toast ( pun intended). Nitro throws a ball of fire at her, and if not for Draven (another villain), Kenna would be dead. Draven grabs her, throwing her to the ground and taking the fire for her, saving her life. The criminals make a break for it, leaving Kenna wondering why a villain would want to save her.

Kenna has a few secrets of her own; it appears her mother does, too. Just what is Dr. Swift hiding about the League? Kenna decides to get answers for herself. Using her mother's security badge and her mad skills of outsmarting security cameras and guards, Kenna sneaks back  into the lab. She's searching for a secret underground level that only exists in some conspiracy theorists' minds. What she finds jolts her into reality. Everything Kenna believed about heroes and villains is changed. Now that she has the terrifying truth, what can she do to change the world? She's going to need a lot of help, and she's going to have to make alliances with enemies in order to stay alive.

Thrilling and chilling, Powerless is everything an action/adventure/thriller/mystery should be. The team of writers Childs and Deebs is a real dream team. The plot is a bit Maximum Ride, a bit Alex Rider, a bit James Bond, a bit "Conspiracy Theory" and all exhilarating excitement. The ending leaves an exciting segue for the next book in the installment. The problem with any trilogy or series is the waiting period for the next  book to be published. I can hardly wait.

Posted by Pamela Thompson at 8:45 AM