I received a copy of Scars from the author several months ago and was just overwhelmed with emotion and empathy. I asked Cheryl and her publicist Julie if they would mind sponsoring a book giveaway on my blog and if Cheryl would answer some interview questions along with it. Both ladies agreed! Scars is such an important ya novel, and Cheryl's story has helped many teens find answers and help. I am thrilled that Cheryl gave such insightful answers to some very tough questions. This interview was conducted by email. The book giveaway if at the end of this interview.

Q: You mention “ritual abuse” in the author’s note of Scars. What is ritual abuse and how

widespread or prevalent is it?

The short answer: Ritual abuse is torture perpetrated by cults.

A longer answer: Ritual abuse is frequent, prolonged, and systematic physical, sexual, and psychological torture used to control children and adults that uses mind control, torture, rituals, and an ideology within an (often intergenerational) cult.

You can check out my article on ritual abuse if you’d like to know more. Please know that it can be heavy reading; what happens in ritual abuse is extreme torture.

People like to think it doesn’t happen in our civilized societies. It does. Most of the abuse and torture I experienced was in Canada, though some was in the US. I have met other survivors from the US, UK, and Canada.

I don’t know how widespread it is. I only know my own abuse experience, and what I’ve heard from other survivors. Because so many people do not want to believe in ritual abuse, and because ritual abuse occurs in secret and with threats of death, most survivors don’t come forward, and those that do are often not believed (such as the McMartin case). There’s very little research on how much of it goes on. But I think it’s fairly widespread.

In Scars, Kendra is taught to cut herself by her father. That is an example of programming (though I didn’t show it fully), and is something I also experienced—something that happens only within ritual abuse.

I also draw on my experience of ritual abuse and cults for my upcoming YA paranormal fantasy, HUNTED, where Cassie is oppressed, her life threatened, and faces electroshock.

Q: Besides cutting, what other outlets do teens turn use to help them “stop the pain”?

It depends on how bad the pain is, how much support the teen has, what other resources the teen has. Some healthy, common outlets of escaping pain involve forms of expression—writing, singing and songwriting, art, dance, drama. Talking about the pain with other people. Escaping into a book, a movie, music. When those things don’t work or the pain is too bad, people can then turn to others things to suppress the pain, such as smoking, overeating, eating disorders, drug use, self-harm. But all those things also hurt us.

Q: Kendra is interested in girls, and her mother and father believe this fascination is caused by her abuse by a man. In her case, does she “turn” gay because of the abuse?

Absolutely not! I think that people thinking someone has turned gay because of sexual abuse is trying to understand why someone is gay—through the lens of homophobia or bias—and trying to come up with an answer that is acceptable to them.

Kendra is queer because that is what feels good and right to her. Just as I am.

Q: What help is out there for teens with gender identity issues?

There are many resources, especially online. Teens can check out:

It Gets Better Project http://www.itgetsbetter.org/

And many, many more.

You can also check out PFlag’s Be Yourself pamphlet: http://www.pflag.org/fileadmin/user_upload/Publications/Be_Yourself.pdf

For crisis and suicide prevention for queer youth, check out:

Q. What is a common misconception about gay teens?

I think one misconception or myth is that queer youth can change their sexual orientation if they really want to. Or that a queer youth is queer just to make it hard on their parents. Both of those are incorrect, and hurtful.

Q: Besides costly private therapy, is there anything Kendra (or anyone like her) could do to find the answers to the questions she was seeking? Like: Who was the abuser? Why did he abuse her? Why her? Why does she carry the guilt? Why is she cutting? How can she stop? Etc.

Private therapy may be costly, but it can save lives. It saved mine, over and over. And getting support is SO important, especially for sexual abuse survivors and people who are using self-ham. But if someone can’t afford therapy, there are other resources out there. And, of course, there is one’s own strength.

-for sexual abuse survivors—to read books such as The Courage To Heal by Ellen Bass and Laura Davis, and work through the chapters. That book is hugely supportive, informative, and helpful.

-for people who are using self-harm, to read sites such as The Secret Shame http://www.palace.net/~llama/psych/injury.html

-to find someone to talk to—a friend, a family friend, a teacher, a supportive adult.

-join an online community and get support there.

-do journaling or drawing on the issues. Ask yourself questions and then answer them.

Q. How likely is it that a sexual predator (like Kendra’s abuser) will quit on his own?

I think it takes survivors—victims who face their own abuse with strength and courage, and who will not abuse others—to break the cycle.

Q. Writing Scars proved therapeutic in your case, how did it help you?

Writing Scars didn’t feel therapeutic while I was actually writing (and rewriting) it; while I was writing it, I was still living the pain, and I also got so many rejections for the manuscript. But once Scars was published, the experience was incredibly therapeutic. My abusers told me repeatedly that no one would listen to me, no one would believe me, and I would never succeed. But getting Scars published and having it reach so many people showed me that the opposite was true. It feels wonderful to have Scars reach people—to get so many emails telling me that Scars made a difference in people’s lives—stopped them from cutting, helped them get into therapy, helped them not kill themselves. I care a lot about healing, and encouraging healing in others, so this has felt wonderful.

Q: That is your arm on the cover of Scars. Whose idea was it to use your arm? (it was a gutsy decision and an image readers won’t forget):

I had some professional photos taken of my arm, and I asked my editor if they’d consider using them. And they did; I’m so glad! I think it helps tell the reader immediately what the story is about, without being overly dramatic (which I was afraid of). I like the cover, and what they did with the photo, a lot.

Q. What was your favorite book as a child?

I had too many favorites to list just one! I loved The Story of Ferdinand; Green Eggs and Ham; Madeline; Snow by Roy McKie; Big Max by Kin Platt; King Midas and the Golden Touch by Al Perkins; all of The Adventures of Tim by Edward Ardizzone; Bread and Jam for Frances by Russell and Lillian Hoben; the Clifford books by Norman Bridwell; and many more books, including most by Dr. Seuss.

Q. What was your favorite book as a teen/mature reader?

Again, I had so many! I loved all Lois Duncan’s books, most especially Down a Dark Hall (my absolutely favorite), The Third Eye, Stranger With my Face. Anne of Green Gables; The Pistachio Prescription; The Forgotten Door; The Three-Legged Race. And SO many more!

Q. what is your favorite “classic” novel? Why?

Anne of Green Gables, because I indentified with her so much—being highly creative; initially unloved; having very high highs, and very low lows.

The Girl of the Limberlost, again, because I identified with her being abused by her mother, and because I loved that she struggled against it and managed to find a way out of it.

Q. What book –among those you have written—is your favorite and why?

Q. What is your mood this minute?

Q. What is “the meaning of life” in five words or less?:

Scars is coming out in paperback May 25; I’ll be having a contest on GoodReads to give away 5 copies, and in ebook in August.

And my new paranormal fantasy, HUNTED, is coming out this October. Although it’s a fantasy, I drew on my abuse experience to write it, the way I did for Scars. You can read more about it here:

Five copies of Scars are up for grabs. Post a comment and include your name,city, state, and email contact. You must include an email in case you win. Good Luck!
Posted by Pamela Thompson at 11:18 AM 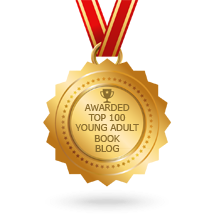 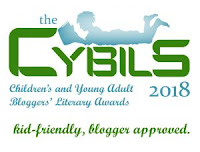 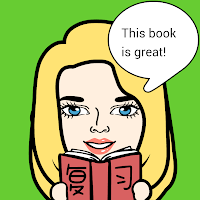